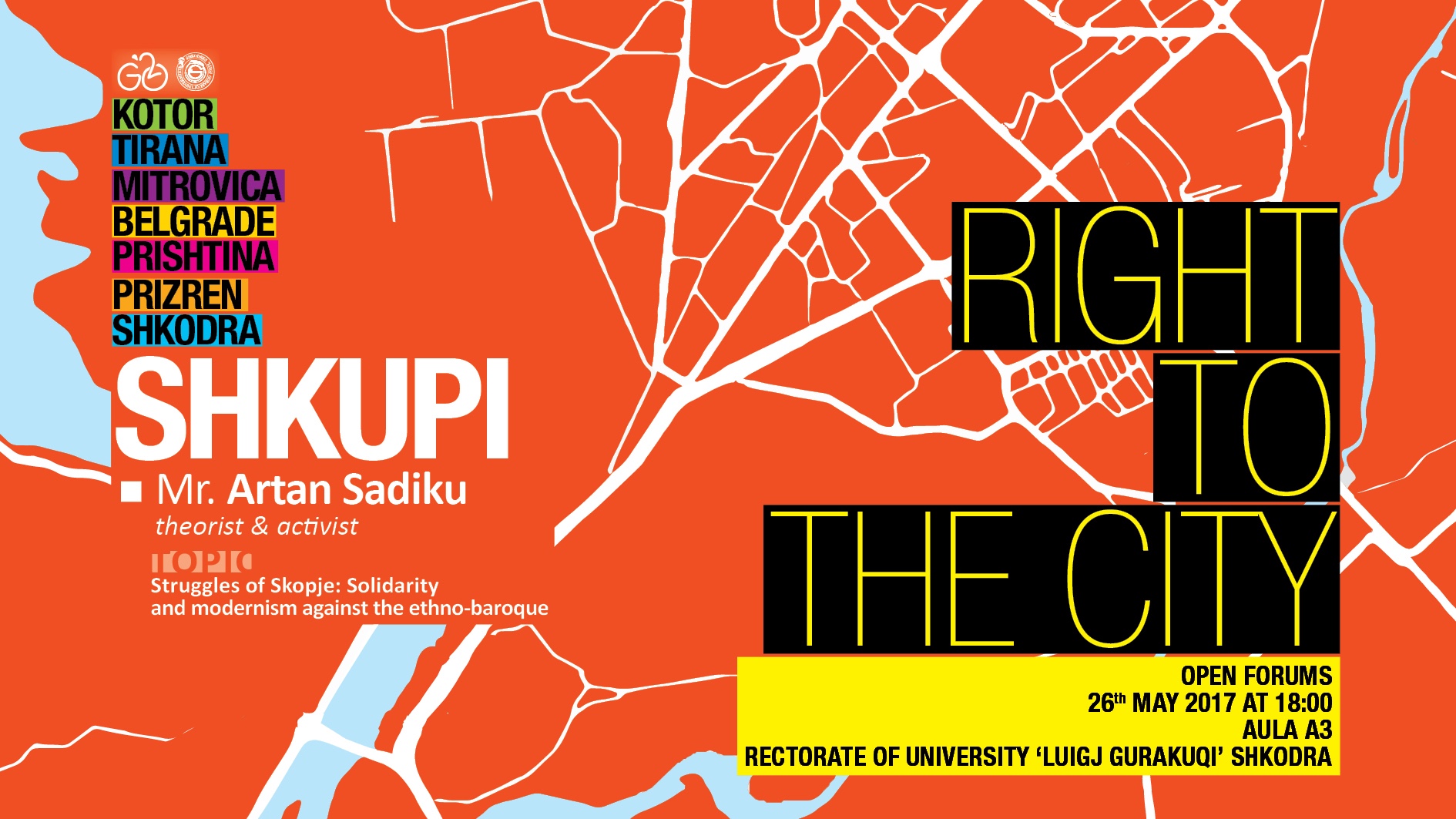 Right to the City

Right to the City

A cycle of debates about the City and the Communities in Balkan Citi4s are getting held by guest speakers as urban planner, philosopher, sociologist, artist and activist from their respective cities: SHKODRA, MOSTAR BELGRADE TIRANA PRIZREN KOTOR SKOPJE PRISTINA

Topic: Struggles of Skopje: Solidarity and modernism against the ethno-baroque

Artan Sadiku is a theorist and activist from Skopje and holds a PhD in political philosophy. His primary interests are theories of the subject, feminism and radical practices in politics and arts. He works at the Institute of Social Sciences and Humanities in Skopje, where he lectures at the Social Philosophy Department and is actively involved with the Leftist movement Solidarnost and the Cultural Club Syndicate. His latest publications include "Provocation to a final resistance of truth: ethics of a heretical discourse" and "Contracting a radical democracy in the Balkans: The ‘return of the people’ as a possibility for feminist inauguration of politics.